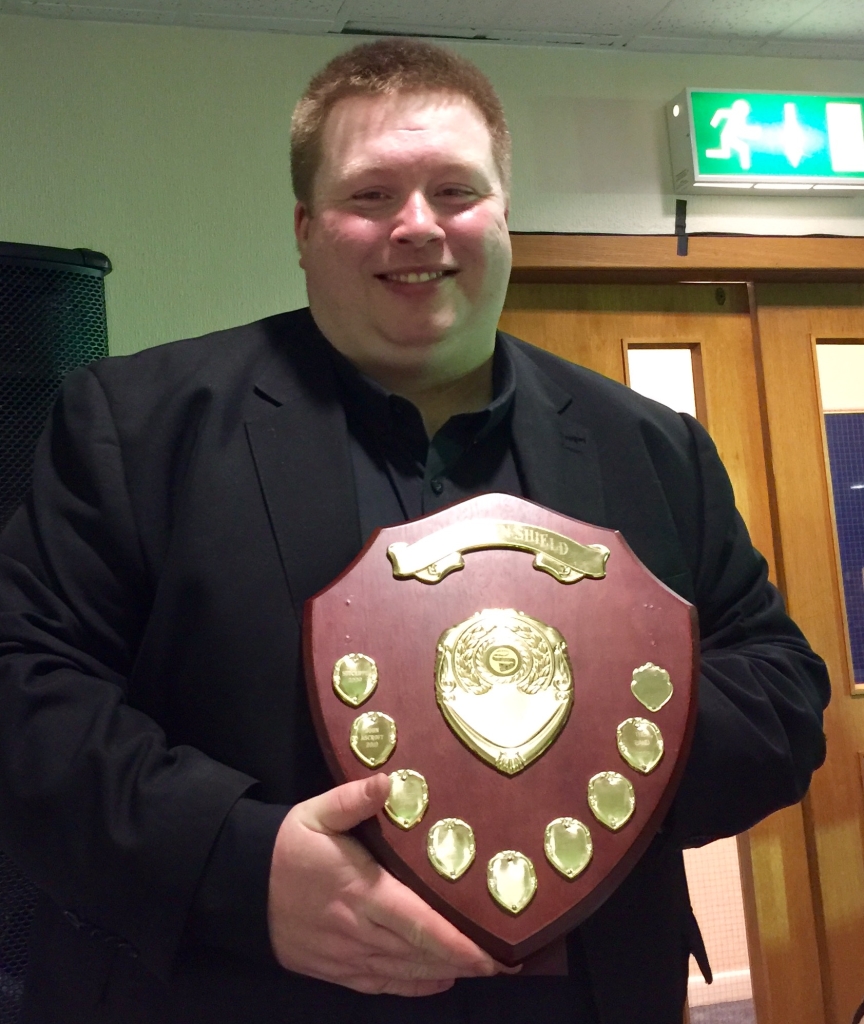 A Break with Tradition

This year the Chairman pulled a bit of a fast one whilst giving his annual speech at the dinner dance. As is tradition before the night starts the Chairman and Secretary discuss the nominations for bandsman of the year and decide on a worthy winner. This award is for those that have given more than is ever asked of them, in the past it’s been given for all sorts of reasons from turning up to paint the Bandroom during hot summer days or running an army of people to and from rehearsals and concerts. This year during the presentation Roger decided to break with tradition of the Secretary being ineligible, noting that there’d been an exceptionally busy year and lots of challenges to contend with during a change of MD and multiple players in and out he thanked Alex for his efforts in minimising the disruption around the stand and fulfilling the engagements.

The bandsman of the year for 2015 was Alex Smith, congratulations from all.

Needless to say Alex was speechless but has thanked Roger and the band for the recognition and continued support ensuring everything runs as smoothly as possible.