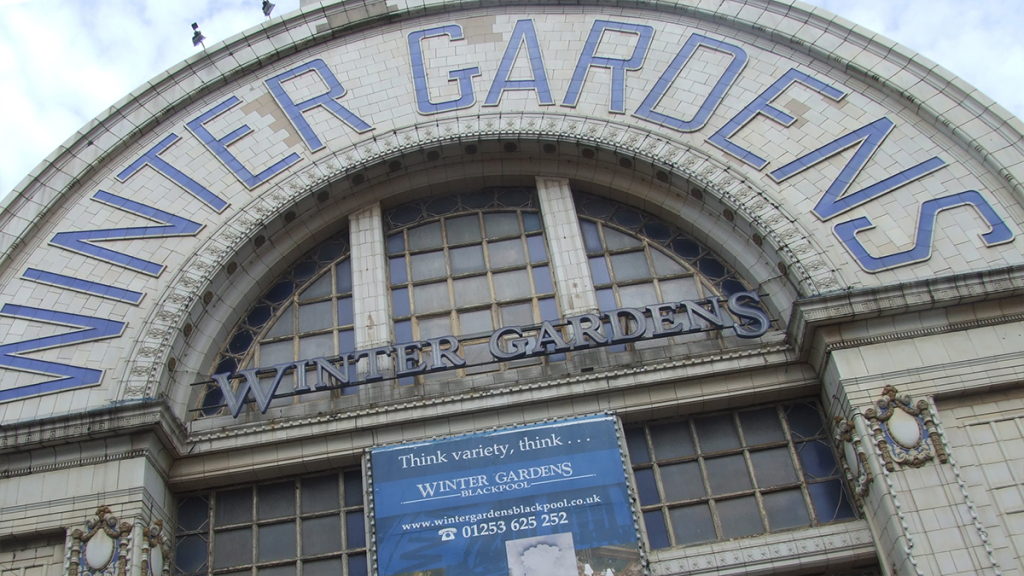 The band recently competed at the North West Area Championships in Blackpool Winter Gardens. Like every year it was an early start with a rehearsal in the Tregenna Hotel at 9am, with the draw taking place at 10 we had a short wait before hearing we had drawn band 13 out of a field of 15. Any draw has its pros and cons, a late draw means there is a lot of waiting around but also the opportunity to make a huge impact on the judges with a quality performance so late in the day.

The piece this year was Peter Grahams ‘Journal of Phileas Fogg’, based on the story Around the World in 80 Days, the music paints a picture of various locations throughout Europe, mainly, with the odd hint of the Orient creeping in. We start off in London with the departure to the chimes of Big Ben and the hustle and bustle of city life, we visit Paris and dance the Can-Can before waltzing through Vienna, a trip to Spain and a bullfight brings some fury and excitement to the piece before travelling to Moscow and being chased by Cossacks through the rest of the journey and the triumphant return to London and the bells.

The band has always struggled transferring our rehearsal abilities on to the Blackpool stage with some disappointing results in recent years, having told John this when he joined a year ago the rehearsal schedule in the lead up to February 28th became more intensive and focussed than ever. We put in extra sectionals before rehearsal, added extra rehearsals away from the bandroom and participated in a test piece preview evening at Boarshurst Band Club where Duncan Beckley gave us some excellent feedback and helped us focus for the final push.

It was almost 2pm when we were lining up to go on stage, we had a short get together again back at the hotel just after 12 where we had a chance to just get the instruments back on the lips and for John to give his pep-talk. The performance happened as every performance does at these venues, it’s difficult to gauge how well we had played and how the piece had come across to the audience. Our supporters who had come along were massively complimentary as were some of our fellow bandsmen and women who had heard our performance. It was all down to the two adjudicators now, Kevin Wadsworth and Steven Pritchard-Jones. We didn’t have to wait long to hear the results, the adjudicators had their chance to express their views and were complimentary about all performances with each band  giving it their best on the day. The top 6 results are announced at the Area with 2 bands this year receiving an invite to the National Finals at Cheltenham.

We achieved a 5th place finish, the best finish at Blackpool since we qualified for the Finals in 2000, all of the hard work had paid off and the band came away with a memento trophy and a beaming smile. The full list of results is below; congratulations to Thorton Cleveleys and Formby on their qualification for the Finals, we know the North West will be well represented by those bands in September.

We must pass on our thanks to John for his efforts in preparing the band and also to a number of players who stepped in to fill a couple of gaps created by holidays and permanent vacancies. Nina, Tara, John and Ciaran came in on Cornets and Sop to bolster those ranks, Declan stepped in on 2nd Euph as John no longer contests. We also welcomed Matt, Amanda, Olivia, Mark and Karen who were all competing with us for the first time as new members! We still have a couple of vacancies, so if you are interested in coming along and helping us build on this success throughout the year and beyond then please contact us. All players welcome, especially if you are a Cornet, Euph or BBb Bass player! John with the 5th place trophy

New (and old) Faces for Blackpool
Retirement of John Ford