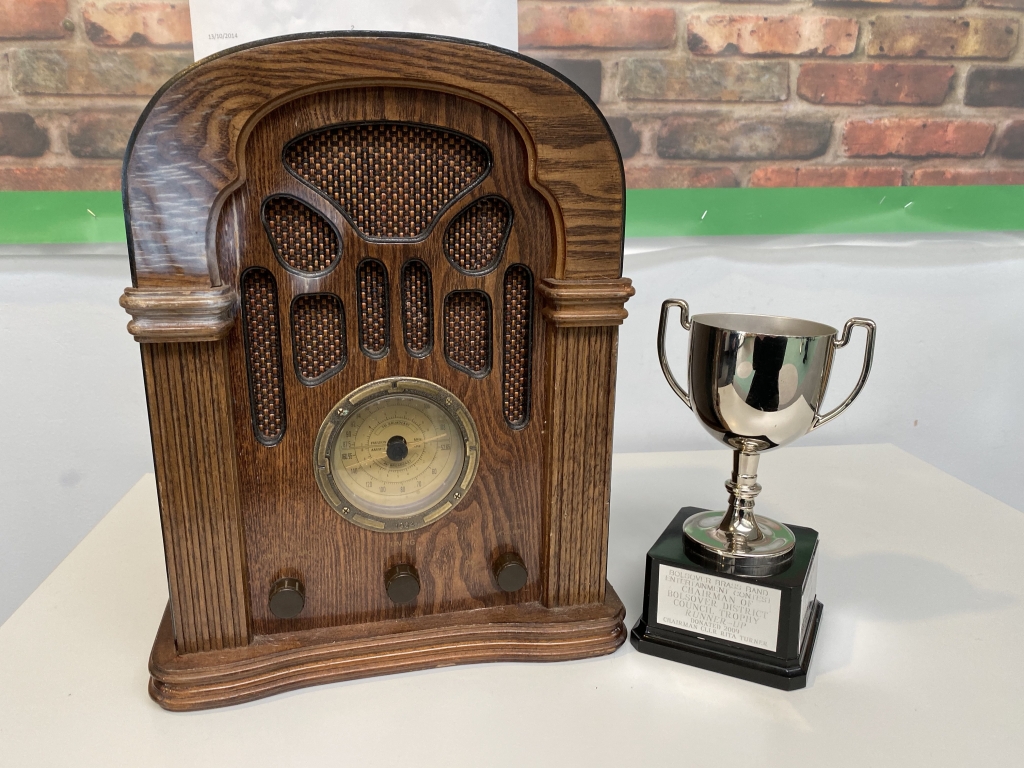 After an early start on Sunday October 6th the band were last on in the 4th section in Clowne.

DJ Adie lead the audience through a classic pop set with music from Queen, George Michael, Elton John, Michael Jackson and Elvis. The programme has been very well received everywhere we have played it and the Sports Hall on Sunday was no different.

With the show ended the decision was with the adjudicator and after a short while our flugelhorn player Charlotte was awarded the prize for the best soloist for her rendition of Faith. Overall the band missed out by just a single point coming second to the winners, Matlock Band.

As always the contest was superbly run and for the second year was available via live streaming to everyone.

Next up for us is Rochdale contest and you can see a sneak peek at our selected piece at St Lukes on Monday October 14th, then it is on to Wychavon where we will compete in both the 3rd and 4th sections. With a concert at Heaton Park Methodist church in between of course.