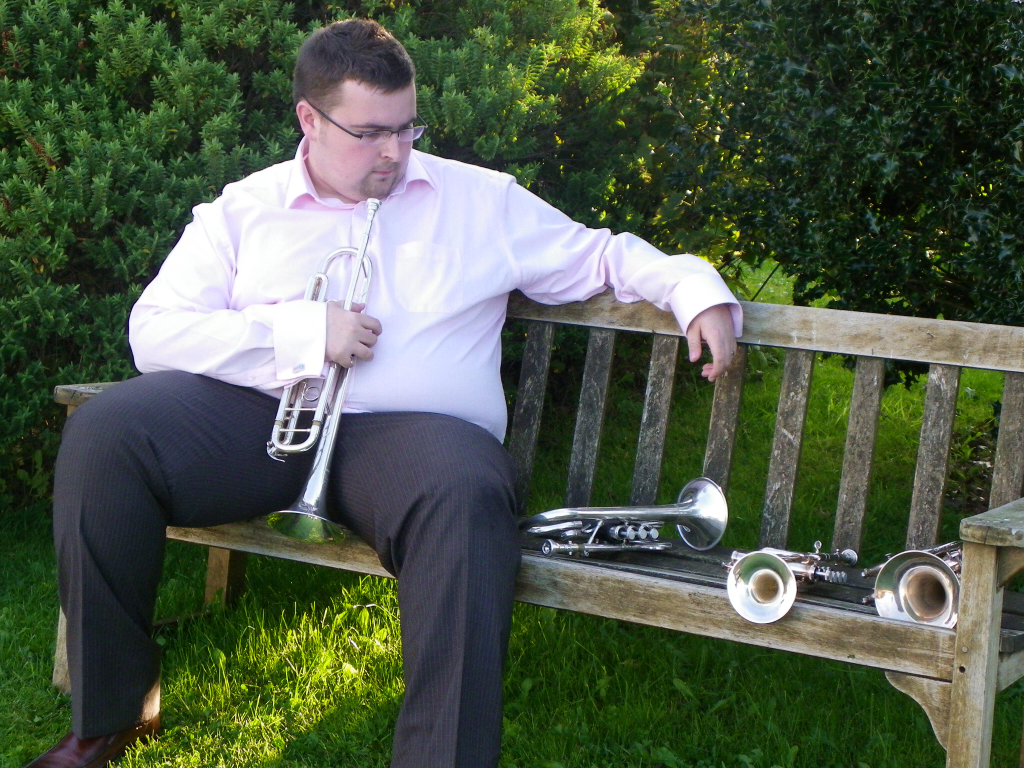 John graduated from the University of Salford in 2007 having studied brass band arranging with Peter Graham; soprano cornet performance with Russell Gray and David King; and brass band conducting with Nigel Weeks and Howard Evans.  As a soprano cornet player, John enjoyed four courses with the National Youth Brass Band of Great Britain under Elgar Howarth, Nicholas Childs, Garry Cutt and Bram Tovey, prior to university and played with many bands local to his hometown of Manchester.

In 2008 John joined Pemberton Old Wigan DW Band and enjoyed many successes with the band, including qualification to the National Championships of Great Britain in 2009 and 2011 and podium finishes at the Grand Shield in 2010 and 2011 and the Scottish Open in the same years.  John has also achieved personal success winning Best Soloist at Preston Brass at the Guild in 2009 and 2011 and being awarded Best Soprano Cornet at St Helens contest in 2010.

John is a secondary school music teacher and runs a music department single-handedly, following the same philosophy he has gained from his banding experience, and which is at the heart of everything he does – everyone deserves the opportunity to enjoy making music to the highest level!